5 Ways to Save Time In Your Keto Kitchen 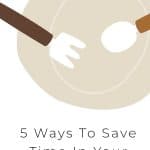 We’ve seen that super organized person that plans the whole week of meals and cooks everything in one day making a picture and macro perfect week of food. Sounds like that’s a great idea until you start and realize, that’s a lot to get one in one day! The truth is it’s awesome if you are the type of person that has a consistent meal prep schedule and make it happen by doing it all at once, but it’s not for everybody. Not to mention doing it that way you are essentially eating leftovers every night of the week.

That’s one way to do it, and there’s absolutely nothing wrong with it because it works for many to keep them on track. However, I happen to fall into the category of sometimes I meal prep, sometimes I don’t. One thing I DO KNOW is that I generally eat the same things over and over again. I may occasionally experiment with a new recipe, but for the most part, it’s the staples I run to. By figuring out what your “staples” are you can save a lot of time, energy, and effort throughout the week! Let’s be real, who doesn’t want to spend less time in the kitchen while still working towards their weight loss goals!? So I’m going to show you some ways to set yourself up for success whether you’ve planned everything out perfectly or not!

When I say bulk it, I don’t mean BUY in bulk I mean PREP in bulk! Why dice half of an onion when you know you will likely use the other half at some later in the week? So, dice and/or slice the whole onion now and store it in a quality glass sealed container, zip-top bag, or my favorite option which is a mason jar. Especially with onions, that airtight container keeps your whole fridge from smelling like, an onion! Each minute saved is a minute you gain to do something else. I prefer to bulk prep onions, tomatoes, cucumbers, and lettuce most often because they are used most often in my kitchen. Another bulk is cleaning up herbs in advance to make things that much quicker for yourself! I like to wash them and wrap in paper towels and store them in a zip-top bag. It makes life so much easier during the week!

What are the things you go to over and over again! There’s probably a reason for that! Try to think of at least a handful of meals you go to time and time again. Once you have them, write them down! These are your staples to keto meal prep! I have many favorites, but during certain times in my keto journey when it came time to figure out what I was going to prepare during the week, I’d be clueless. Over time I realized that I ate the same handful of things over and over! There’s nothing wrong with trying new recipes, but keep it real, how often do you save recipes on Pinterest and never actually go back and make them!? Hands? Although they look AMAZING and I have saved tons most times it’s the same ole, same ole with a few newbies thrown into the mix every now and then.

I can’t stress this enough! KEEP IT SIMPLE! Some of my favorite meals take very little effort and hardly any time to make. Things like tuna salad, egg salad, chicken and broccoli bake, salad, pizza bowls, and the list goes on. In most cases the simpler it is, the faster it is, and the better it is because it’s what a call a No-Fuss Meal! This keeps your keto meal prep and planning easy and efficient.

If you’ve found the meals you love, rotate them out into set menus so that you know exactly what’s on the menu week after week. You can build in variety from there. This is one of the things that can “change da game” when it comes to keto or any other meal planning in my opinion, especially for people who eat things over and over.

I know you’ve heard it a gazillion times, but when I do keto meal prep, it makes the whole week so much smoother!. Keto meal prep can be very similar to traditional meal prep just with item adjustments that work for us. I personally like to prep ingredients and build meals throughout the week, but you can totally rock the traditional route and make everything in one day and be set for the week. All of those details are in your hands. The fact is that meal prep can really work wonders.  A few benefits would include:

However, don’t get so into your head about this! You can simply think of a few meals per week and cook one meal nightly and eat the leftovers the next day for lunch if the idea of spending 2-3 hours at one time weekly prepping and preparing meals makes you cringe!

The funny thing is some of those No-Fuss Meals are amazing for what I like to call Standby Meals. I call them Standby Meals because they are on standby just in case you don’t have much else. They generally have a shelf life, fridge life, and/or freezer life, that would include tuna salad because tuna has a shelf life, pickles have a fridge life, and in my house, there is no keto life without eggs and mayo. So as long as I have tuna in the cabinet I’m usually good because the rest of the ingredients are 99% of the time gonna be in the fridge or it’s practically an emergency situation up in here! Another one for me is egg salad! So quick and easy, plus I always at least have eggs, mayo, and salt which is in my opinion, the perfect egg salad. I don’t like all the extra stuff in my egg salad.

If you want a more detailed guided approach to keto meal planning and prep you can check out The FatUp® Approach Meal Planner. This meal planner is specifically designed for keto and will walk you step by step through the approach to meal planning that works best for you. It’s not a one size fits all meal plan because your preferences are unique. 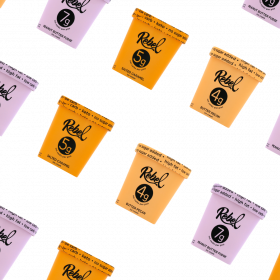 The Keto Ice Cream To Beat Them All?

What Should My Macros Be On Keto? 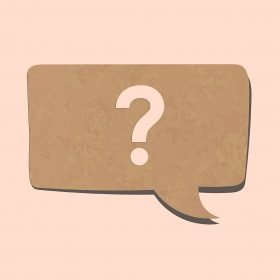 This site uses Akismet to reduce spam. Learn how your comment data is processed.

I’m Bridgette, the creator of FatUp. Keto has been a friend of mine since 2016, helping me to lose over 50 pounds (30 in the first 3 months)! I’m a 30 something, new mom, wife that loves photographing food and creating recipes here on getyafatup.com. My goal is to make keto easy an approachable for women everywhere.